In the next few years, we will see the future of digital video become a reality, from sports broadcasts to e-commerce to social media and more

Digital video is continually evolving. From SD to UltraHD, there is a consistent desire from both manufacturers and audiences to embrace better forms of the technology. Regardless of the advancement, however, the goal is the same: to make the viewing experience more immersive. But what if rather than just looking sharper or offering more colors, you could turn on your favorite sports team and control the broadcast? Or open up the app for your favorite online clothing maker and have a fashion show appear on your coffee table?

While there are multiple paths forward in how digital video progresses, one of the most promising and fastest growing formats is volumetric video. Content creators can use volumetric video to create holograms that can be accessed on a 2D monitor, or dropped directly into your living room through augmented reality (AR). And if you want an immersive experience, it doesn’t get much more immersive than looking over to your couch and seeing a photorealistic recreation of your favorite musician sitting there and smiling back at you.

Here are a few ways that volumetric video will impact content consumption, and how it will all come together.

In 2021, e-commerce sales grew 14.2% in the U.S. alone. That exponential growth might plateau a bit as the effects from the pandemic lessen, but even before COVID, online retail was on a seemingly permanent upward trajectory. And with that growth means more competition, which in turn means more e-commerce companies are looking for ways to stand out.

One of the more commonly employed uses for volumetric video right now is to create a 2D video that can be explored in three dimensions. Just look at online retail clothing, which can be notoriously unpredictable when it comes to matching the image with the product you receive. It’s one thing to see a picture of the shirt or coat you want to buy, and another to see someone wearing it. That’s where volumetric video comes in.

To bridge the gap between expectation and reality, in 2021, Japanese clothing maker Anayi commissioned a new volumetric video campaign to highlight its spring and summer clothing line. Models were hired and outfitted in the latest clothes, then recorded on a volumetric stage, capturing them from every angle. The result was that shoppers could go to the Anayi website on their computers or mobile devices and control the angle of the camera to get a real sense of what the clothes would look like both still and in motion. Shoppers could use built-in controls to zoom in on the fabric, or spin around to see how the garments looked. Mobile users could go one step further and view the model in AR, creating an ad hoc fashion show on their coffee table. As a result, total page views more than doubled over five months (compared to the same period the year before), and the volumetric collection saw more than triple the typical page views.

Mocap and volcap stages may have been once somewhat inaccessible for most retailers, but that is changing. There are also new options that are becoming more common, like consumer-grade LiDAR cameras. Within the next few years, LiDAR cameras on mobile devices will be very familiar to consumers (if not the standard). They are already part of Apple’s mobile line, and others are following suit. You can safely expect plenty of industries, including retail, to leverage that technology and pair it with software like Arcturus’ HoloStream that makes it possible to edit the data and stream volumetric videos with relative ease. 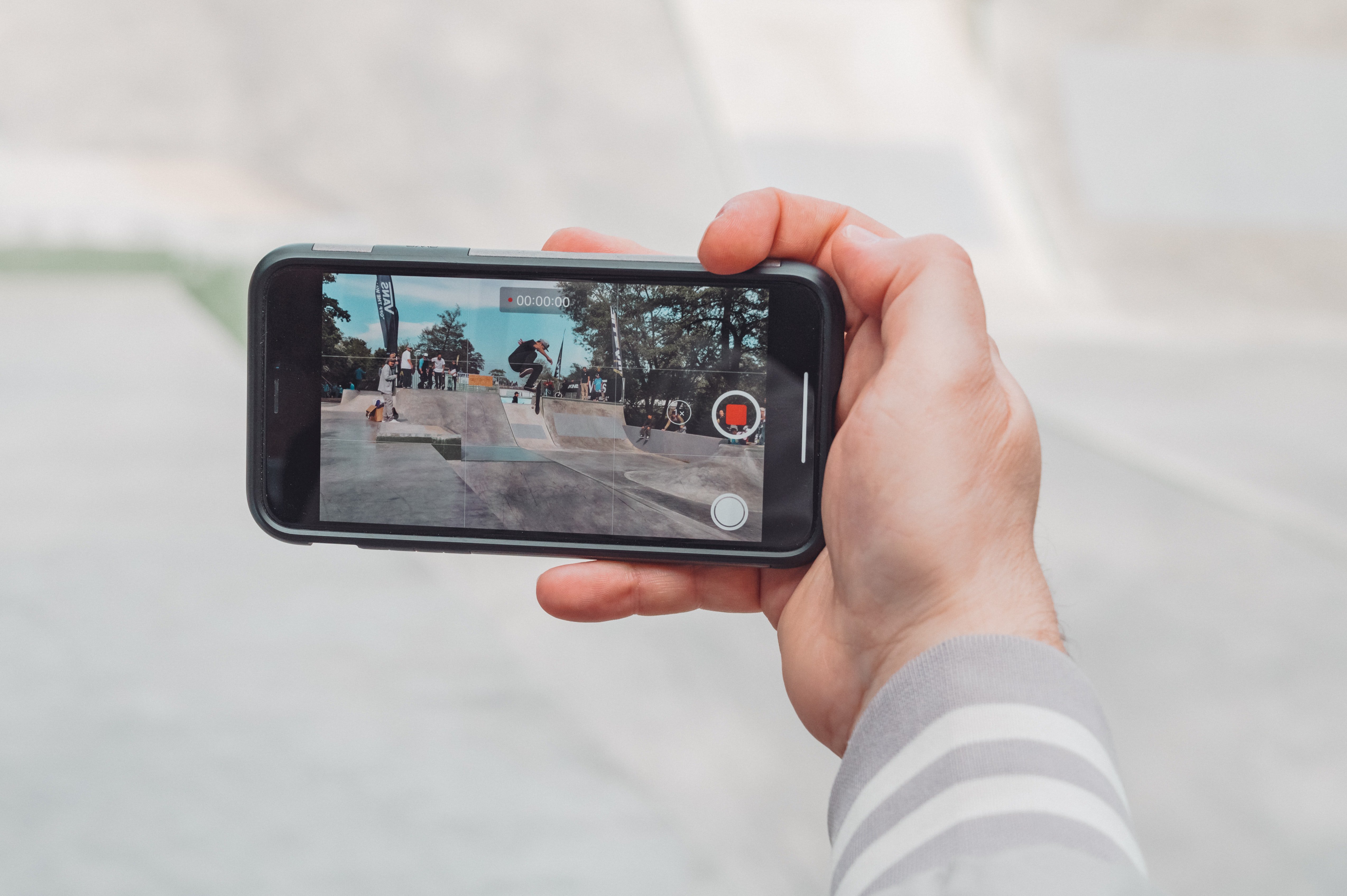 If you want to see how far technology has come, you need look no further than social media. In the early days of MySpace, adding a song was the height of sophistication. Today, apps like TikTok and Instagram are pushing boundaries people didn’t even know existed. Influencers can have followers in the millions, and are supported by teams of skilled professionals.

In 2020, there were an estimated 3.6 billion social media users around the world, and that number is expected to grow to 4.41 billion by 2025. The video-centric TikTok was the fastest growing social media platform in the U.S. in 2021, and 81% of Americans currently use YouTube. Instagram’s parent company Meta has also stated that its video-centric reels are the “primary driver of engagement growth on Instagram.” It seems fair to say that video content is driving social media. So what comes next?

With the availability of LiDAR and software that allows for both editing and streaming of volumetric video, it’s only a matter of time before holograms make their social media debut. Instead of watching a standard clip of your favorite TikTok or Instagram star, you’ll be able to have them walk beside you while you wear AR glasses. Singers may even appear accompanied by themselves, ala Madonna at the 2019 Billboard Music Awards, where she used volumetric video to capture multiple versions of herself. Even after you think you’ve seen it all, someone will create something new that will blow your mind. And as goes social media, so goes the world. 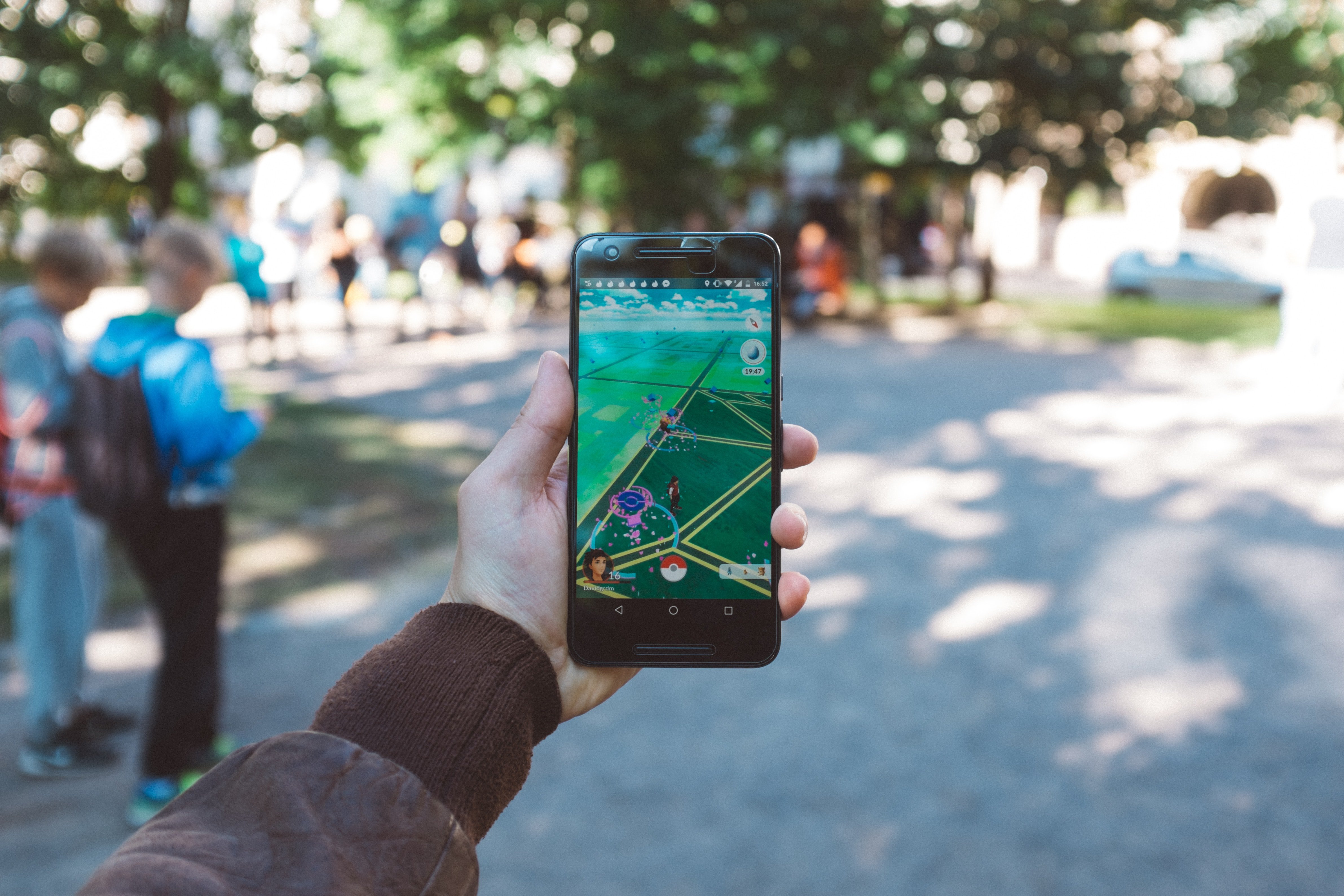 All Reality is Augmented

One of the primary benefits of volumetric video is that it allows you to capture a subject in full 3D without needing to spend time and money hiring a massive team of animators to bring them to life. That has a lot of potential for multiple industries — including character development for film and games — but it will explode in AR.

It’s only a matter of time before AR glasses (or some form of wearable AR interface, including contact lenses) reach the mainstream. The potential to have information appear in front of us at any time is just too tempting, and as a species we’ve proven that we like having a steady stream of data in front of us. Just imagine that alongside things like navigational instructions, headline news, details on locations and more will simply appear before us. It won’t be long before AR people will join that stream and appear before us wherever we go.

The possibilities are endless. You could speak to your family and have them appear in front of you (assuming they have a LiDAR camera), or use holographic instructors to teach you how to bowl or hit a golf ball. If you’ve ever watched a YouTube video on how to repair something, just think about how much easier it will be to conduct that repair, but with a holographic professional next to you walking you through each step.

This is the type of technology that changes the world, and it is already on the way. 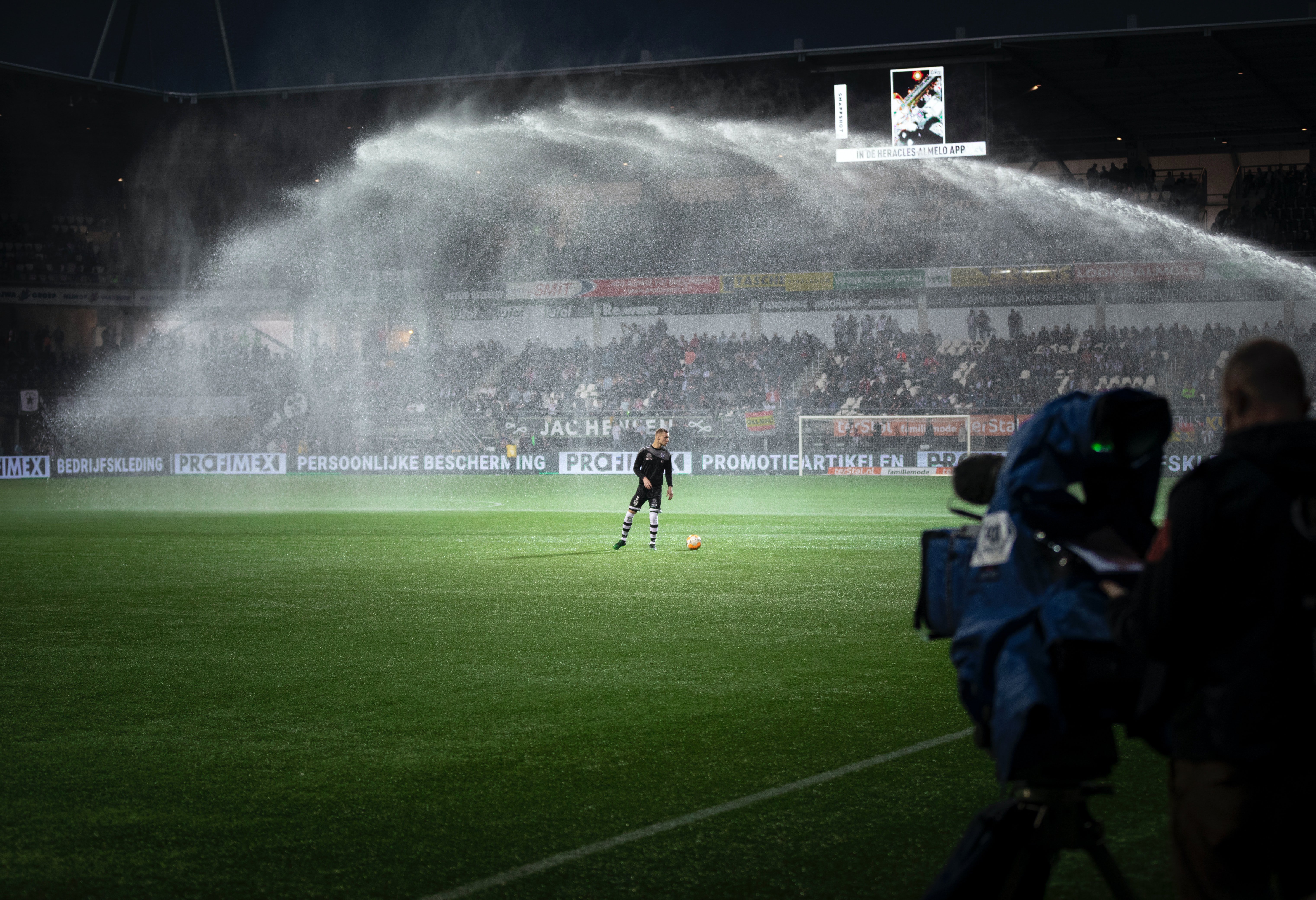 The Evolution of Video Broadcast

If you’re looking for indicators on the future of video, one of the best bellwethers you can hope for is broadcast sports. The history of video can be told through sports. The first sporting event ever broadcast was the 1936 Summer Olympics in Berlin; fast forward to the 2008 Summer Olympics in Beijing which remains the most watched television event of all time with roughly 2 billion viewers. The 2018 World Cup saw more than 1.1 billion people tune in at some point throughout the event, while the Super Bowl averages over 100 million viewers each year. Sports broadcasts are frequently at the vanguard of video’s evolution, and the inclusion of volumetric video is just the latest example.

In order to capture volumetric video in a sporting event, you need several high-quality cameras synced together. For a modern sports venue, that’s not an issue. If you’ve watched an NFL broadcast in the last few years and seen the commentators replay a play and seamlessly spin the video around, you’ve seen volumetric capture in action. But what if you didn’t have to wait for the commenters? What if you could control the feed yourself, in real time?

The next step in sports broadcasts will be about giving the viewer more control. Soon, you’ll be able to switch angles at the touch of a button. Want to see what the defense looks like from the quarterback’s point-of-view? Just jump behind him and zoom in. Want to see how a goalie is preparing for a penalty kick? No problem.

The technology to do this exists right now, but there are a few hurdles in making it a common tool. The first issue is hardware. Recording a game from multiple angles and switching the view in a replay is one thing, but doing it in real time requires some significantly advanced computing power. It can be done, but the costs make it impractical to implement it on a large scale — for now. As with all computer technology, if something is too expensive now, just wait a year or two.

The size of the files being transmitted are also an issue, but adaptive bit rate algorithms like the ones employed by Arcturus in HoloStream (similar to how streaming companies like Netflix ensure consistently high-quality streams) make it a possibility. There’s also the question of how to watch the feeds, as they would currently require at least a SmartTV with a custom app. Still, these are minor issues when you’re talking about billions of potential users. Expect it in the next few years, if not sooner. 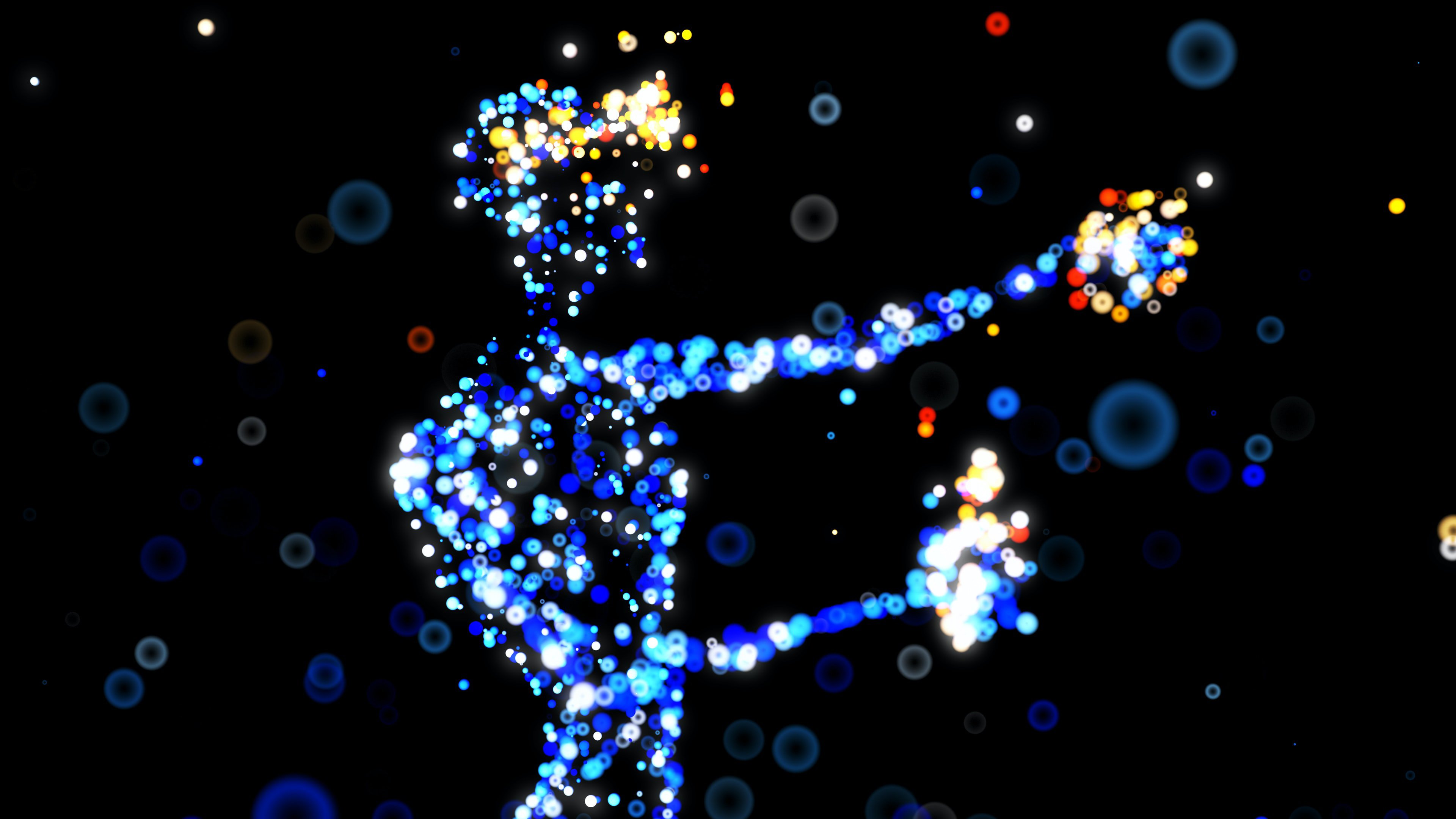 No look at the future of digital video would be complete without a mention of the metaverse, and volumetric video is poised to play a major role.

The metaverse is often described as a network of 3D worlds that include a social component. That may take the form of virtual reality, AR or one of several other methods, but the idea typically revolves around people entering and exploring a virtual world. That means they will have a presence in that world — most likely a representative avatar. And what better way to represent a person in a virtual world than with a photorealistic 3D model of themselves.

Sure, there’s a definite appeal to appearing in the metaverse as a cartoon-y bear or a 10-foot-tall alien, but for conducting business, communicating with people you know, shopping and more, the majority will probably want to have a digital version of themselves (even if it is just one of many avatars). To create that avatar, you’ll need to capture a 3D scan of yourself.

LiDAR cameras or a multi-camera package should do the trick to start, but if you want to recreate a digital avatar in real time, that will require a bit more — including a full facial capture system, and potentially machine learning algorithms programmed with recordings of your mannerisms. Your avatar would then offer a best estimate on your expected mannerisms, or use a live feed of your mannerisms and do its best to fill in the gaps, all in real time.

Both options might sound like science fiction, but they are grounded in existing technology. As with sports broadcasts, the real-time elements would require additional hardware, which is available, but still a few years from being cost-effective enough for consumers. That will change, and when it does, you can expect over the counter, boxed solutions that contain everything you need.

And once that happens, there’s no limit to what comes next.

Ready to start creating volumetric video? Get in touch and learn how Arcturus can help you.